Which coffee roast has the most caffeine? This article provides you with a coffee comparison guide providing a background into caffeine and the different levels in coffees you can buy.

Coffee comes in all different cultivars and roasts. The flavors of these different varieties all vary to some extent, as does their chemical content. When it comes to caffeine, some drinkers may say that light roast coffees have more caffeine than dark roast coffees, while others may say the exact opposite. But which coffee roasts have the most caffeine? This article will break down the relationship between coffee roasts and caffeine levels and describe how different brewing methods may affect the caffeine in your coffee.

Caffeine is referred to as a stimulant drug that can affect the central nervous system when consumed. It is widely consumed, albeit in small doses, by humans worldwide. you may be aware that the European Food Safety Authority (EFSA), and other similar health governing bodies, consumption of up to 400 milligrams of caffeine a day is suitable for most healthy adults, with smaller doses (around 200 milligrams) ideal for those pregnant or breastfeeding.

Caffeine, which is in coffee and other beverages — is considered useful to combat fatigue and drowsiness. If consumed in excess amounts, the cafeine can be associated with anxiety, sleep loss, urinary/gastrointestinal problems, bone loss, and dehydration. As caffeine amounts differ in coffee variants, their amounts in different coffees are examined below.

An eight-ounce cup of brewed coffee contains about 80 to 100 milligrams of caffeine, with 95 milligrams being the average amount. Brewed coffee is typically prepared by filtering hot water through ground coffee beans that are contained in a paper or wire mesh filter.

The caffeine amount can depend on the type of coffee variant, roast, and coffee to water ratio used (see below).

Decaffeinated coffee is the bean or ground coffee that has been processed to remove a very high amount of the original caffeine. It is not accurate to say that most decaffeinated coffees are completely caffeine-free — as most methods remove about 97 percent of all caffeine per serving.

This means that an eight-ounce cup of decaffeinated coffee will contain about 7.85 milligrams of caffeine.

Coffees that have been decaffeinated through a Swiss water process — and organic process that involves osmosis — will have closer to 99.9 percent of all caffeine removed.

Instant coffees are roughly-ground roasted coffee beans that have been spray-dried or freeze-dried. To prepare instant coffee, hot water is added directly to the grounds, which dissolves on contact.

Despite the instant coffee preparation method’s directness, instant coffees contain less caffeine on average, with amounts being around 30 to 90 milligrams.

Espresso is a brewing coffee method that involves pressurized hot water flowing through the ground coffee and a filter. This method uses finely-ground coffee beans that may be packed together or “tamped down” to brew the most drinkable coffee at a time.

As a result, espressos can be very potent coffees for caffeine, with about 502.44 milligrams of caffeine in eight fluid ounces.

Espresso may be mixed with other ingredients like foamed milk (in lattes, cappuccinos, flat whites, and macchiatos) or water (as in Americanos or “long black” coffee).

This can impact caffeine content as these other ingredients can be added in different proportions — but generally, the “single-shot” espresso-based drink will remain at 64 milligrams of caffeine, and the double shot at around 125 milligrams.

When green coffee beans are roasted, they change in chemical composition. Most of this change is in a lessening of acidity (or an increase in carbon), but there are some small caffeine content changes.

Light roast coffee is the type of roast that is most likely to have the most caffeine. It has a caffeine level of about 1.37%. Measured by volume, it has more caffeine than medium or dark roasts of coffee, but it has less if measured by weight.

Coffee beans are roasted, and during this process, some caffeine burns off as well. This is the case with medium coffee — which has a caffeine level of about 1.31%.

Caffeine And Coffee And Ingredient Proportions:

Of course, caffeine levels can increase if coffee-to-other-ingredient proportions are different.

For example, a Cortadito, a type of Cuban-style espresso containing condensed sweetened milk, usually includes one “shot” (one fluid ounce) of espresso. However, it can be half-espresso and half-milk or three-quarters of espresso and one-quarter milk.

Arabica coffee is the most common type of coffee bean grown, at about 60% of coffee production worldwide. It, however, has nearly only half of the caffeine of the robusta bean.

Coffee Liberica is yet another type of coffee bean, but it is relatively uncommon. It contains about 1.23% caffeine on average.

Coffee contains caffeine — and that is the main factor as to why many people drink it. Caffeine amounts, however, are not standard and can vary by the type of bean used, the amount of time the bean has been roasted, the kind of brewing method used, and the number of other ingredients in a given coffee beverage. With this article, the amount of caffeine you enjoy in your next cup of coffee can hopefully be roughly determined.

CRCXSA.com is a participant in the Amazon Services LLC Associates Program, an affiliate advertising program designed to provide a means for sites to earn advertising fees by advertising and linking to Amazon.com and Amazon.co.uk.

CRCXSA.com also participates in affiliate programs with other sites.

Please note: “As an Amazon Associate, I earn from qualifying purchases.”

CRCXSA.com is compensated for referring traffic and business to these companies.

To clarify, please note: “As an Amazon Associate, I earn from qualifying purchases.” 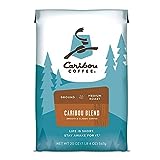 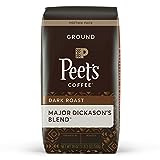 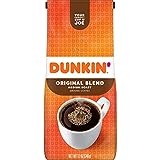 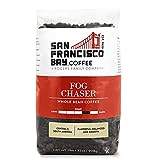 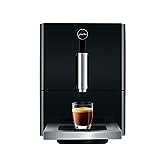 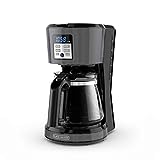